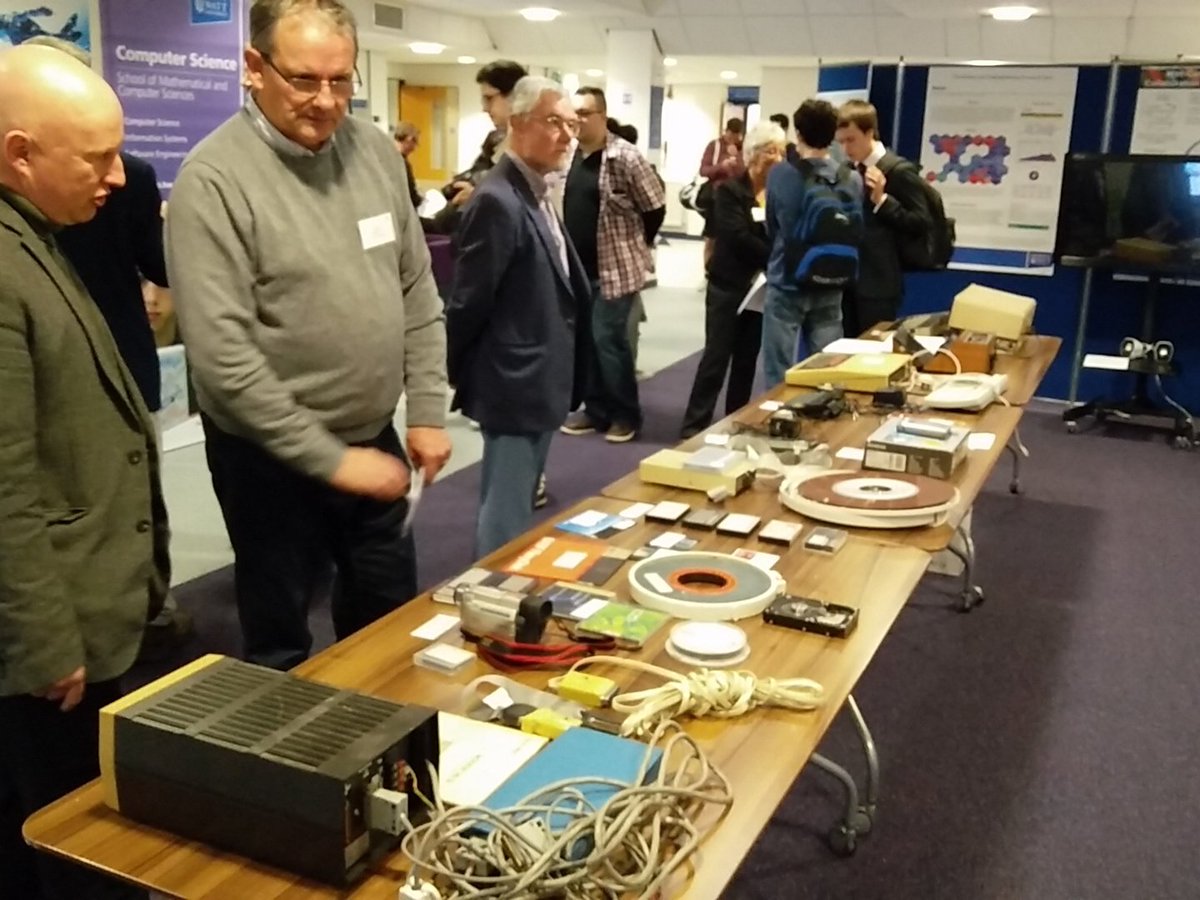 During the open day we had a variety of displays and activities to highlight the current research taking place in the department. There was a display of some of the old equipment that has been used in the department. While this mostly focused on storage mediums, it also included my first computer – a BBC model B. Admittedly there was a lot of games played on it in my youth. 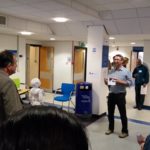 Demonstration of the Pepper robot that is being used by the Interaction lab to improve speech interactions.

Each of the labs in the department had displays, including the new Pepper robot in the Interaction Lab and one of the Nao robots from the Robotics Lab. The Interactive and Trustworthy Technologies Lab were demonstrating the interactive games they have developed to help with rehabilitation after falls and knee replacements. The Semantic Web Lab were demonstrating the difficulties of reconstructing a family tree using vital records information.

At the dinner in the evening we had two guest speakers. Alex Balfour, the first head of department and instigator of the degree programme, and Ian Ritchie, entrepreneur and former graduate. Both gave entertaining speeches reflecting their time in the department, and their experiences of the Mountbatten Building, now the Apex Hotel in the Grassmarket where we had the dinner.

See these pages for more about the history of computer science at Heriot-Watt. 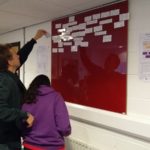 Current PhD students attempting to reconstruct a family tree from their entries in the birth, marriage, and death records. 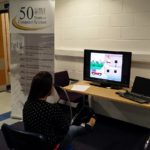